Other Gold Targets in Massif

Other Gold Targets identified in the Longford-Down Massif

A detailed programme of soil sampling and geological mapping and interpretation at Cargalisgorran led to a successful trenching programme identifying a series of mineralised zones in the bedrock.

A follow up drilling programme intersected the extension of these zones and returned mineralised intercepts of 6.94 m grading 4.14 g/t gold and 9.27 m grading 1.88 g/t gold. 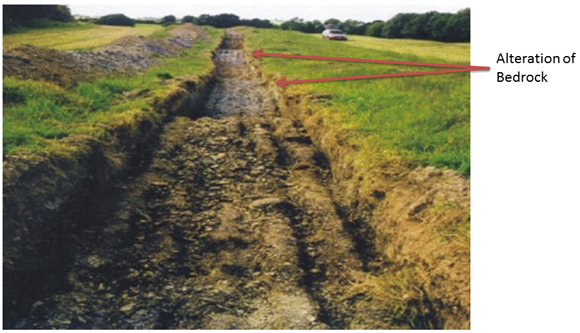 Landsat ETM, DTM and airborne geophysical surveys have been carried out over the Central Structural Zone. These surveys have led to the identification of a complex structural zone conducive to circulation of mineralised fluids within the area. 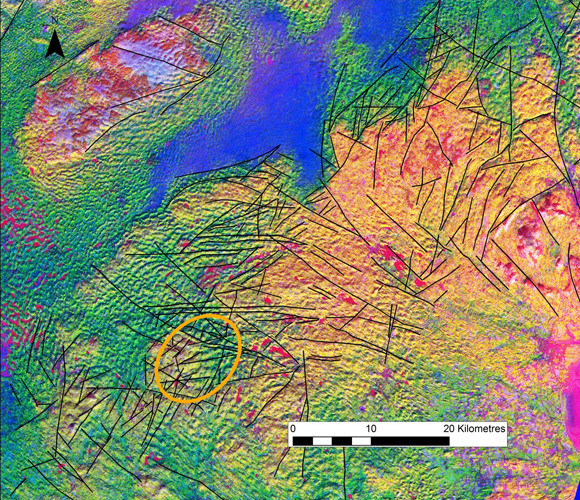 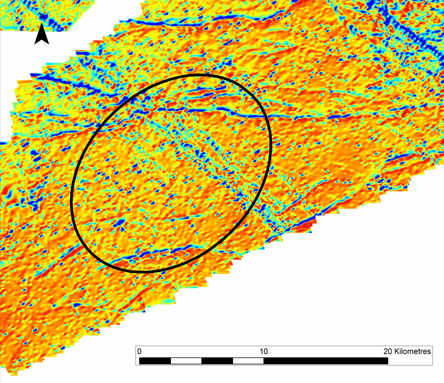 Airborne Magnetic Data Reduced to Pole with a pseudo colour display and sunangle filter. The Central Structural Zone is highlighted with a black circle. As can be seen in this image the confluence of lineaments occur in this area

Similar such features have been shown to be a focus of gold mineralisation in other localities already tested by the Company such as Clontibret. The presence of carbonaceous black shales in this area may also be significant.